The capital of Poland is a city of about 1.77 million people, with another 1.35 million living in the greater metropolitan area. That makes Warsaw the ninth most-populous capital city in the European Union.

Poland ranked third in the EU in its desirability as a destination for expats in HSBC’s 2019 annual survey – behind Spain and Germany, and just ahead of Ireland. The country came in 13th globally in the report, which considers factors including quality of life, economic stability and schooling.

Warsaw was more than 85% destroyed during the Second World War, largely during two failed uprisings against the German occupiers. Reconstruction under Communism was slow and uneven, meaning that still today the city is growing in new and exciting ways. The Frontex headquarters is a good example of this: it’s part of a number of new office developments going up in a post-industrial area of the city.

Warsaw has an extensive, affordable public transport system, including buses, trams and suburban trains; the Metro consists of just two lines, but is still expanding. (The Frontex office is located next to one of the newest stations, Rondo Daszyńskiego.) A three-month ticket for Warsaw residents, valid in all zones and at all times of the day and night, costs just under EUR 60, and the cost is reimbursed for Frontex staff.

Warsaw also offers plenty of opportunities for nature lovers. In addition to the parks found in any city, there’s the Vistula river, with a new boardwalk development on the left side, while the right bank remains largely wild, with a bike trail through the woods and a small colony of beavers who have returned to the river in the past decade. The 900-acre Kabaty Woods, easily accessible at the end of Metro Line 1, is a favourite spot for joggers and cyclists; 14% of the city’s area is covered by forest.

Most international food products can be found somewhere in Warsaw these days, and the city offers a solid array of international dining options. To take just one example, the HappyCow Vegan Guide ranked Warsaw the world’s third-most vegan-friendly city in the world in 2017. (It slipped to No. 6 in 2020 – but was the third-best in continental Europe, beaten only by London and Berlin.)

Except for the slopes leading down to the Vistula River, Warsaw is flat as a pancake. True, if you’re looking for views of hills and valleys, that makes it pretty boring. But if you’re a cyclist, it’s very exciting indeed. Warsaw’s network of bike paths is well developed, much better enforced than in many European cities and still expanding – and the Frontex headquarters is easily accessible by bike.

Warsaw has a vibrant and ever-changing nightlife scene, with something for everyone’s taste. Again, one of the most recent examples: In August 2019, Warsaw was ranked as one of the world’s top 15 cities for craft beer by CNN. 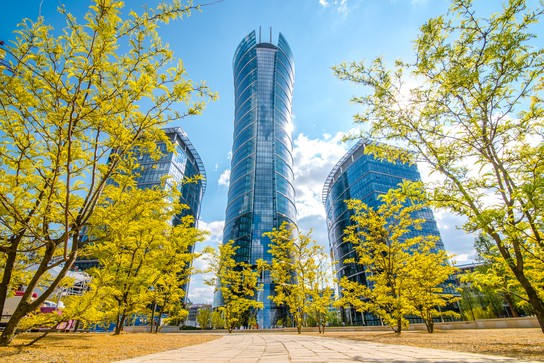 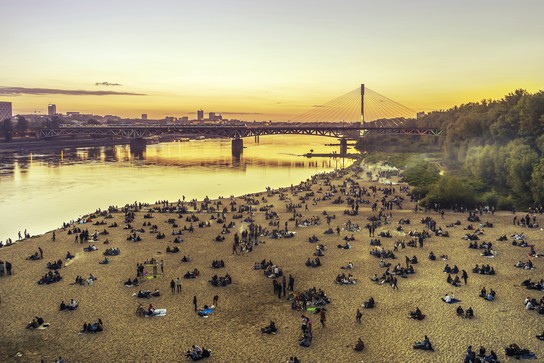 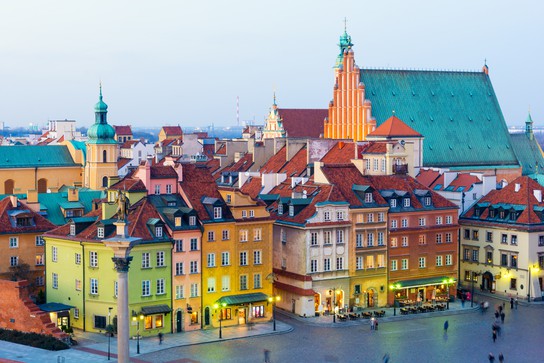 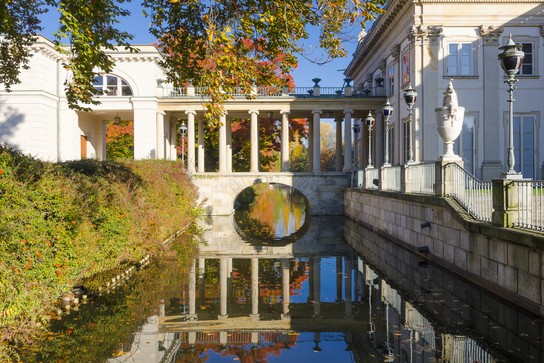 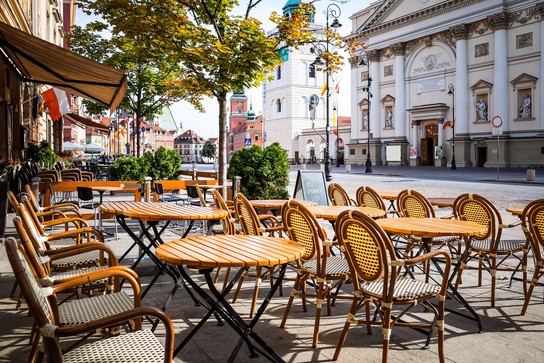 As the capital city, Warsaw is the hub of Poland’s road and rail transport networks; the country is also large enough that domestic air travel makes sense on several routes.

Locations for getaways in Poland include:

Warsaw’s Chopin Airport is close to the city centre – reachable in as little as 20 minutes from Frontex headquarters, depending on traffic. National carrier LOT has been growing in recent years, seeking to position itself as the major carrier for the Central European region, at the centre of an expanding long-haul network to destinations in Asia and North America. Warsaw also offers plenty of connections via other full-service and budget airlines.

Regional capitals such as Berlin, Budapest, Prague, Stockholm and Vienna can be reached in less than 1.5 hours; add another 30-60 minutes for Amsterdam, Brussels or Paris. Destinations to the east of Poland include the Baltic states, Belarus and Ukraine, which has been enjoying a surge in popularity among international travellers in recent years.

You are not alone: in-house expat assistance office

Our expatriate services team will help you with  various formalities of settling into Warsaw, including obtaining a special identification card from the Ministry of Foreign Affairs (your residence title), registering a car, providing contacts to removal companies, real estate agencies and banks. Expatriate services also offer legal advice on Polish and EU law relevant to your stay and living in Poland. You may also enjoy a weekly newsletter on Warsaw events.

In addition to the expatriate services team, Frontex, in liaison with our building’s management, also has concierge service, which offers services such as:

You will only be charged for the cost of the products or services themselves (not the concierge service).

If your contract is concluded for a period of at least one year, you will be entitled to the reimbursement of expenses for removal of furniture and personal effects, including the cost of insurance. Detailed conditions will be provided once you receive an offer of employment.

Travel expenses upon taking up duties

You may be entitled to a flat-rate payment corresponding to the cost of travel for you and your family (living in your household) from your place of recruitment to the place of employment. The flat-rate payment is based on an allowance per kilometre of geographical distance between those places plus an additional flat-rate supplement, if the distance is at least 600 km.

Poland’s currency is the złoty (PLN), and is used both for everyday transactions and for larger items such as purchase or rental of housing. Even if rental prices are agreed in euros or another currency, payments will often be made in złoty. As of late 2020 1 euro is about 4.4 złoty.

Poland’s banking system is well-run and competitive; visitors from many other countries will be pleased to find branches open until 8 pm, and some operating on Saturdays. Credit cards are widely accepted and ATMs can be found on almost every corner.

Information is available via social media (Facebook) or through your embassy – or just ask around at Frontex! You’re sure to find what you’re looking for...and if you don’t, you’ll probably find others who will help you get it started.

In recent years, Poland has become a hub for business services, ranking third in absolute number of jobs in the sector, behind India and the Philippines. The biggest European and international companies have set up their operations in Warsaw – some of them are Frontex neighbours – offering high-quality jobs in areas ranging from finance, through IT and supply-chain management, to human resources. Many of these roles don’t require Polish-language skills, and knowledge of other European languages is desirable for positions serving operations in other countries. Poland’s nationwide unemployment rate is the third-lowest in the EU as of mid-2020, and Warsaw has even higher demand for workers.

Contemporary Warsaw is a diverse and dynamic city, the bustling, fast-changing cultural, political and economic heart of the country. It has a diverse range of neighbourhoods, meaning there’s something for everyone, whatever your priorities are. Some of the areas most popular with current staff are:

Winter air quality has worsened in recent years, driven by increased car traffic and the use of low-quality coal for home heating in the suburbs. Authorities are taking a number of steps to address the situation, including better enforcement of rules on fuel for heating, subsidies to replace older furnaces and free public transport on the worst days to discourage car usage. People who suffer from asthma or other respiratory illnesses may want to use air purifiers at home and limit time outdoors depending on the weather conditions.